This article was last updated on the 13th of July, 2015 by Patrick Carpen. 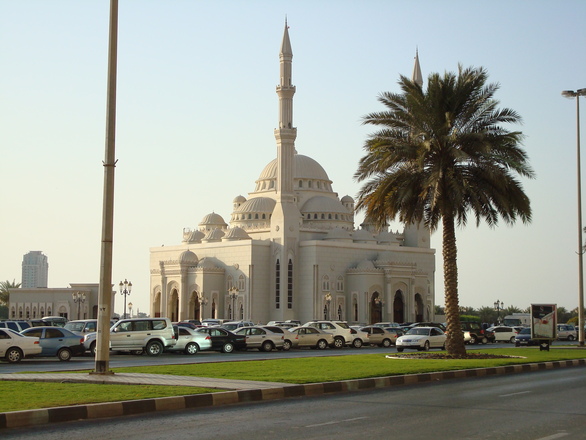 The Muslims’ place of worship is called a “Mosque” or “Masjid”.

Islam is a religion practiced by about 1 billion people on the planet earth. The followers of Islam are called “Muslims”. The level of adherence to the principles of Islam varies significantly. On one end of the spectrum there are Muslims who just call themselves Muslims and have never read one page of the Koran, and on the other end, there are Muslims who pray five times per day and are able to recite the entire Koran by heart.

The religion of Islam as we know it, started with its founder, Prophet Mohamed, about six hundred years after the birth of Christ. Mohamed claimed that an Angel of God appeared to him and revealed the verses of the Koran to him. He recited the verses out loud which were written down by his close followers.

Shortly after the revelation of the Koran, Mohamed and his followers carried out a military conquest across the Middle East. Mass conversion to Islam took place and anyone rejecting Islam was executed. The military conquest was then led to Africa and parts of Europe. The entire known world was conquered by Mohamed and his followers. However, the Muslims were defeated by the French and were forced to retreat.

The crusaders were Christian Europeans who were enraged with the advent of Islam: a religion which denied the Deity of Jesus Christ. The Christian leaders of the day vowed to wipe out this (as the Christians viewed it) “evil” from the face of the earth. The crusaders swept into Muslim territories and slaughtered thousands of Muslims. Retaliations from Muslim forces, however, soon drove the Crusaders back. This process went on for several years before a peace agreement was formed.

The word “Islam” means “submission to God”. Muslims believe that everything will be good on earth as long as all humans submit to the will of the God, the Creator. They believe that the first Muslims were Adam and Eve in the Garden of Eden. According to the Muslims, after sin came into the world and the first humans were driven out from the Garden of Eden, from time to time, God would sent revelations and guidance through prophets to mankind. According to Islamic teachings, all Jewish prophets, from Abraham to Jesus, were Muslims who adhered to God’s teachings.

Islam teaches that the Jews were the first Muslim, that God first revealed the law to them, but because of their wicked ways, God promised to take His covenant away from the Jews and give it to a new people. According to Muslims, this “new people” who were promised the covenant and “the book” are the present day Muslims.

Islam: The Belief in Hell

Islam teaches of a place of eternal torment which is reserved for all disbelievers of Islam. The description of hell in the Koran are quite graphic and details all kinds of torments. According to the Koran, anyone rejecting the teachings of Islam, and refusing to submit to the will of God will be cast into hell.

Islam: The Belief in Paradise

Just as hell is reserved for unbelievers, according to Islam, Paradise is reserved for believers in Islam, and those who fear God and obey His commandments. The descriptions of heaven are quite graphic in the Koran, and speak of different levels of Paradise. A person is placed in a higher or lower rank of Heaven depending on the level of righteousness he or she practiced while on earth.

Islam: The Name of God

The word “Allah” is the Arabic translation of the word “God” and is generally accepted by Muslims as the name for the Creator of the world. However, other names are attributed to God, according to the Koran. “Call Him Allah, or call Him Rafman, for to Allah belongs the most beautiful names” -the Koran. According to Islam, there are about 99 different attributes or names for the Creator. Allah, however, is the most widely used name.

According to Muslims, mankind were tampering with the Word of God, adding and subtracting as they please. They claim that God sent down the Koran as a “final revelation” to “make things clear” to mankind and to put an end to all confusion and misleading.

According to the Koran itself – which Muslims consider to be the only definitive revelation of God’s word – the requirements for being a Muslim are quite simple. They are:

In giving to the poor, no stipulation is made as to the amount or percentage that needs to be given. This apparently must stream from the conscience of the giver and his love for Allah.

In establishing regular prayers, no length of time or frequency of praying is stipulated in the Koran itself. These definitions may be found however, in the Hadiths, which are Muslim religious books which accompany the Koran, but are not considered by Muslims as Holy as the Koran.

In acknowledging that God is only one, the Koran is especially vehement against the claim that God manifested Himself in human form through Jesus Christ.

From Across the Network

You are at:
PatrickCarpen.com >> Religion

All original content on these pages is fingerprinted and certified by Digiprove
← A Summary of the World’s Religions ← The Bahai FaithwpDiscuz
0
0
Would love your thoughts, please comment.x
()
x
| Reply