This article was last updated on the 10th of August, 2015 by Patrick Carpen.

I don’t play chicken invaders anymore, for one reason, and one reason only: I broke my mouse. I keep breaking my mouse and I don’t have money to buy mouse (plural form mice?) all the time.

But breaking my mouse is not such a bad thing when it is broken for a good cause.

Be forewarned: this game is totally fun, thrilling and addictive. It will have you clicking away till the morning comes or until your mouse breaks.

I use to have a lot of fun playing this game after my friend Sumelia Dorasammy asked me to purchase and unlock the full version for her using my credit card. Back in the year 2006, I was one of the few people with a credit cards in the country of Guyana.

So without further ado:

The idea: The chickens from another planet observing life on earth noticed the brutality meted out to chicken on the planet earth. Chickens on earth are confined to a life of drudgery leading up to butchery and a meal course. The chickens on this other planet are of a superior intelligence. They are the intelligent form of life on the planet they came from. To take revenge on humans on earth for the treatment of their fellow, less intelligent chickens, they launch an attack on the the humans of earth. The motherhen ship, armed with superior firing mechanism, sends out thousands of individual chicken ships to attack earth. Your job is is to destroy them and the mothership before they reach earth. It is not an easy task, but if you aim carefully, and fire with all your might, you can defeat the chickens and blow the motherhen ship apart.

Skills: I’ve noticed that playing this game increases dexterity and intelligence. It could help with driving skills as it strongly increases reaction abilities and improve hand-eye coordination.

Please note: I am writing of my experience playing Chicken Invaders 1. However, subsequent releases (2, 3 etc) may include additional features and different scenarios. 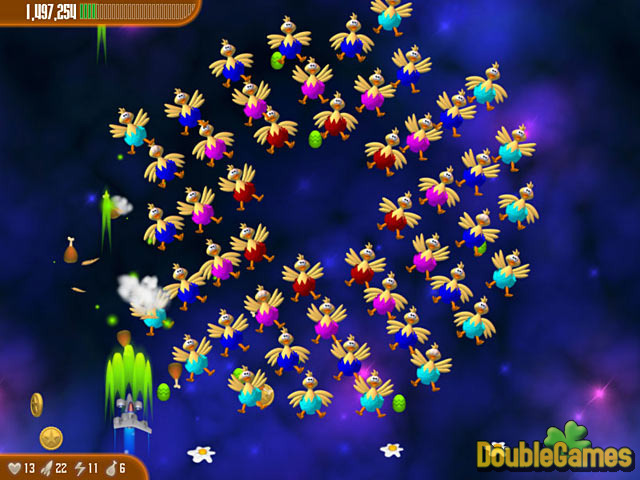 Scene from Chicken Invaders 3: Firing at the enemy chickens. 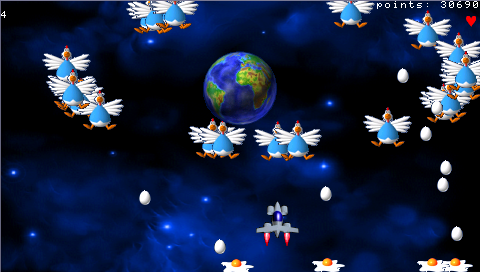 The fighter ship at the bottom needs to evade both the enemy chicken and their eggs. 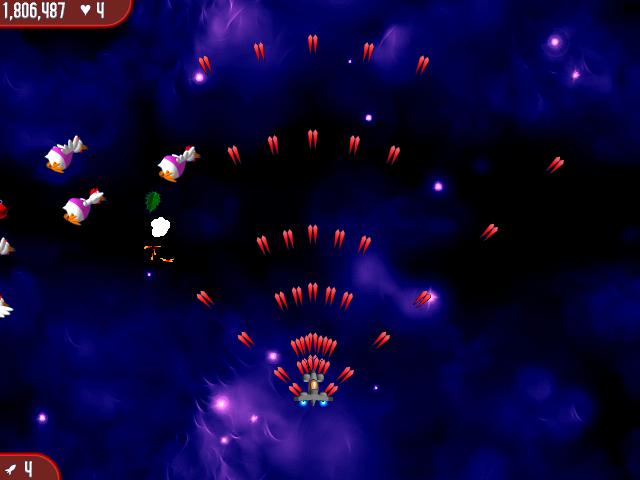 This ship, by picking up enough prizes, has significantly increased its firepower. The red bullets cover a wide radius. 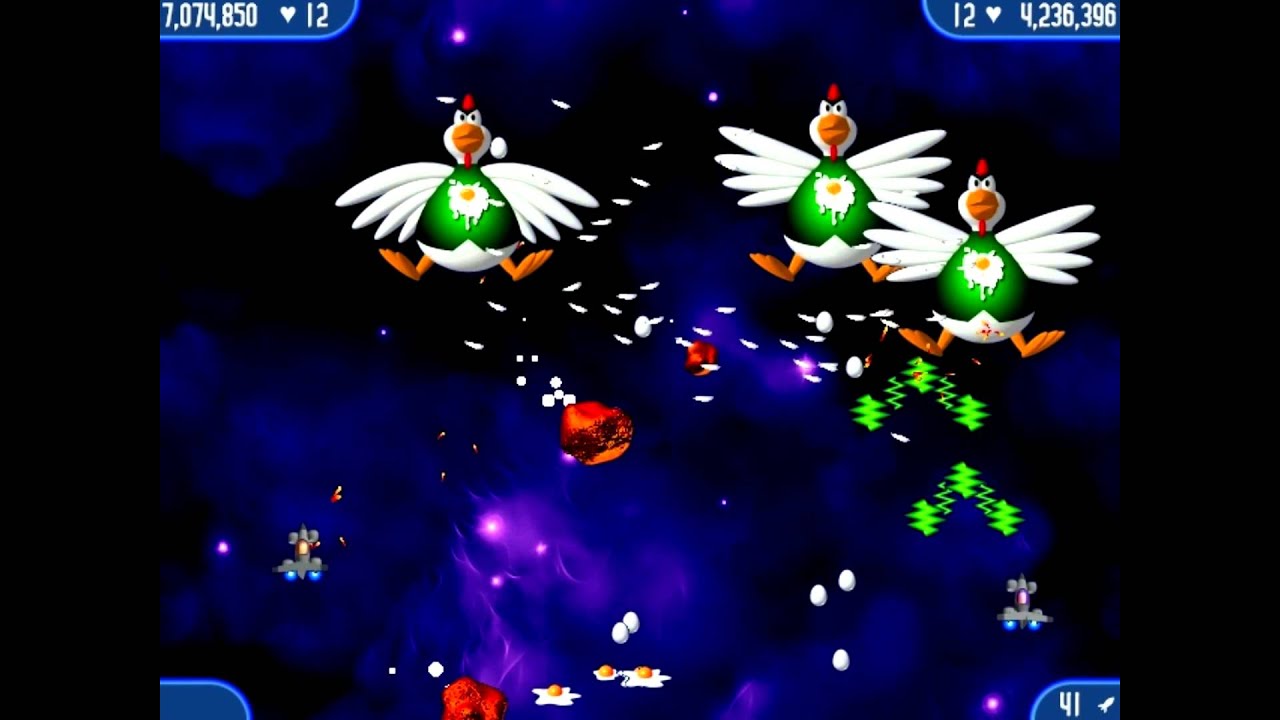 By picking up the green prizes, this ship changed to the green firepower. The ship needs to dodge not just the attacking chickens and their eggs, but the space rocks as well.

You are at:
Patrick Carpen.com >>
Games